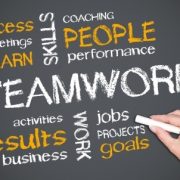 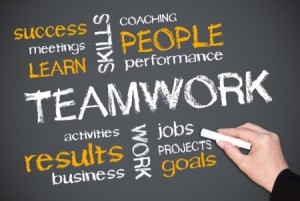 In a previous Huffington Post article , I talked about why it isn’t good enough simply to say “good job” when you’re giving feedback. While it is important to acknowledge performance that is meeting or exceeding expectations, it is imperative to provide corrective feedback when things aren’t going as you’d like.

What happens when your team isn’t delivering as expected – when your expectations go unmet?

Can we just hope for it to change or go away? Not if we want to meet our business objectives without doing all the work ourselves.

Things don’t just change. If we aren’t telling people what they are specifically doing or not doing that is getting in the way of the results we want, nothing will change.

Yet if we don’t … our team members (or vendors) can’t stop the behavior that is unproductive (or driving us crazy) and everyone ends up frustrated.

A Framework to Deliver Effective Feedback

A simple yet effective model for delivering corrective or constructve feedback effectively is the SBI framework:

Here’s an example showing the SBI model in action:

Situation: Our project deadline was October 1, and we’ve now exceeded that initial date by two weeks.

Behavior: You haven’t provided us with the regular project updates that we originally agreed upon.

Impact: Regular updates are essential to the long-term success of this project, and our team depends on them. The rest of our project team is frustrated by a lack of timely, consistent updates. This lack of communication has led to other delays and is not conducive to good teamwork.

Remember that every situation will be different, but the primary goal is to describe the situation and behavior clearly, staying focused on the facts. Follow up with the impact the behavior had, and close with a question or two that encourages the person to consider what they might do differently going forward.

As part of the feedback process, asking the right questions can have a significant impact on the outcome. Follow the guidelines below so you know what to include – and what to avoid.

For instance, instead of asking “Why did you do that?”, try “What was your objective behind doing that?” instead. This sounds less confrontational and accusatory.

Don’t: “Why do you always rush through things? If you weren’t so hasty, this wouldn’t have happened.”

Do: I know you mentioned you have a lot on your plate right now. What would make it easier for you to focus more of your time on this task/activity?

For instance, if the other person blames the situation on a disagreement she had with a co-worker, direct your questions to help her consider a new perspective.

Instead of following along with the same line of thinking by saying something like, “I can’t believe she said that!”, try asking questions like “I understand where you’re     coming from. What do you think might have led her to say that?” or “What would need to happen for you and her to improve your relationship?”

Remember, knowing what questions to ask can significantly change the outcome of the feedback experience. Instead of the recipient seeing the feedback as a one-sided ambush, the process can actually represent a dynamic learning experience for both parties.

What tips do you have for delivering corrective feedback effectively?

One of the big themes in 2015 that I’m seeing with all my clients is building a great team, which I love because no matter what the size of your business – you cannot do it all alone. Well you can, but you’ll be overwhelmed, tired, stressed and not having any fun 🙂

Why Having a Team is Important 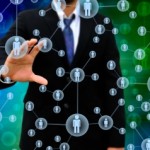 Having a team allows you to better leverage your time and talents – and focus on what you do best – so you can support your clients in getting the results they desire (and get paid well for it, too!).

Plus, you can work less so that you can have more time for other things that are important to you. Most importantly, all those tasks on your to-do list that never seem to get done will finally be crossed off your list.

To make this task a little easier for you, I am going to share some of the most common hiring pitfalls and how to avoid them. In my career, I have successfully hired hundreds of people and have encountered a few non-successes as well.

The Biggest Hiring Mistake Is…

The biggest hiring mistake you can make as a business owner: hiring someone because s/he is like you.

I see this over and over – and in full disclosure, have fallen victim to this one myself. Sometimes you’re interviewing someone and she just resonates with you so closely. You find yourself really liking her and thinking you could totally be great friends. In fact, she is so much like you, you are sure this will be a perfect pairing.

What tends to happen is this: since the new hire is like you, she also likes to do the same things and has the same strengths, skills set and personality as you do.

Problem is – there is already one of “you” in the company. You hired that person to do specific tasks, and they are most likely the tasks you either don’t know how to do or don’t like to do.

So, no one is doing those tasks. But you really like the person so it feels bad to tell her that it isn’t going to work out. You think it might get better, so you put those tasks back over on your to-do list.

How to Avoid Hiring Blunders

How can you avoid this? These tips below are key whether you are hiring a virtual assistant, a bookkeeper, a sales rep, an intern or a full time employee. Let’s get started: 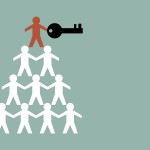 Yes, these steps will take some of your time initially. However, I can tell you from experience that doing this upfront work will save you time and money in the long run.

You will bring on team members who are aligned with your needs and visions as a business owner, and who have the necessary skills, knowledge and ability to get things done so you can focus on running your business and serving your clients (you know…the reason you went into business in the first place!).

When you do the work up front, it also helps reduce the chances of having to let someone go- directly (“you’re fired”) or indirectly (“no, I don’t have any projects for you this month”).

Tell Me: What issues have you encountered building your team – and what did you do about it?